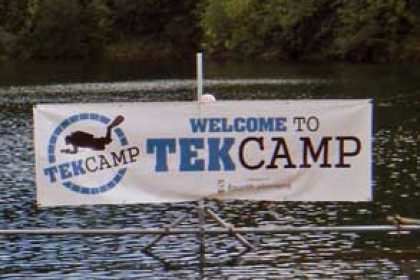 Tickets for Tekcamp 2013 have gone on sale at the start of this month (August), and are proving very very popular.

For those of you who don’t know, Tekcamp gives you the chance to spend 5 days with some of the best technical divers in the UK. Each day you get chance to dive with 2 different instructors, completing all kinds of sessions and workshops. Propulsion, buoyancy, SMB uses and line laying are all covered by some of the best technical instructors, as well as chances to complete try dives on scooters and rebreathers.  Held at Vobster Quay, the whole site becomes dedicated to technical diving with leading manufacturers of Technical Diving Equipment also present to showcase their latest toys, and in many cases lend them out for you to try.

Despite a few days of heavy rain, everyone still had a good time. Here fellow instructor Mike talks through the Sentinel handset with a lucky diver

For the 2012 event, I spent the week completing CCR Try Dives for the attendees on the VR technology Sentinel. Where as most attendees (and Instructors) completed between 5 and 9 dives, I managed to squeeze in 18 over the course of the 5 days. I’ve already confirmed as an Instructor again for 2013 so there’s a chance to beat it with over 20!

Well done to Tim at Vobster for taking care of all that Nitrox Blending!

For me, it was a great privilege to be involved with Tekcamp, and to give so many people the chance to try a Sentinel Rebreather (often for the first time) in Open Water.

For the attendees Tekcamp is great opportunity not only to learn new skills from some of the best, but to spend the 5 days mingling with both the instructors and like minded divers, not to mention the 12 or so rescue divers and assistants (well done guys for working so hard).

If you’re looking for a chance to get some diving in and improve your skills next year, Tekcamp 2013 is the ideal opportunity.  But I’d get in quick, 3 days into ticket sales and already 20% of the tickets have gone! 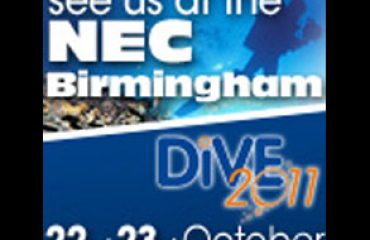 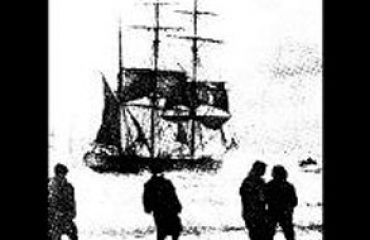